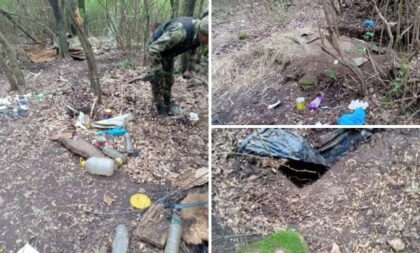 The Algerian army Tuesday mowed down three terrorists in a fire exchange with a group of terrorists in Jijel governorate, the defense ministry said in a statement.

Two terrorists were first killed near the town of El-Ancer, in the governorate while the army was combing Oued Bouayache town as part of anti-terrorism operation to flash out terrorists.

The third terrorist, according to the army statement, was killed few hours afterwards in the same area.

The operation came a day after the defense ministry had announced the “surrender” of a heavily armed Islamist fighter it identified as Aissa Ben Khia, in Tin Zaouatine, The New Arab reports.

The terrorist according to the defense ministry surrendered while armed with a rocket launcher, three rockets, a machine gun and ammunition. The terrorist was reportedly member of several terrorist groups operating near the border with Mali.

The North African country claimed last year it killed 15 armed Islamists and arrested 25 others, while another 44 had handed themselves in to authorities, the London-based media reports.