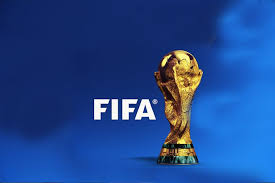 The agreement was signed on the sideline of the friendly match between the two countries played at José Alvalade arena, in Lisbon.

“Few things can generate more enthusiasm than the opportunity to host a world cup and there is no better partner than Portugal. We will walk hand in hand with the Portuguese federation,” said Luis Manuel Rubiales, President of the Royal Spanish Football Federation.

The move has been in the pipeline as both countries in February launched Iberian duo bid brand to cement their intent.

Bidders have until 2022 to submit their proposals. The 2030 tournament will mark the 100th anniversary of the world’s largest football event.

Spain and Portugal will face tough and numerous competitions. Romania, Greece, Bulgaria, Serbia are also keen to bid. A United Kingdom’s bid combining England, Ireland, Northern Ireland, Scotland and Wales, as well as a bid from Morocco are expected.

A South American proposal backed by Uruguay, Argentina, Paraguay and Chile is in preparation.

Portugal and Spain approached Morocco for a joint bid but it is now obvious that the North African country will run solo. It failed several times to host the world cup.

Qatar is next in line to host the sport event in 2022 while Canada, United States and Mexico will stage the event four years later in 2026.