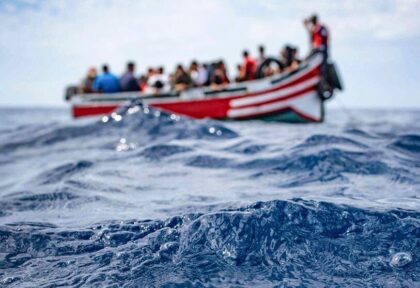 Moroccan royal navy has rescued during the past two days a total of 231 illegal migrants from sub-Saharan Africa who were trying to reach Europe using inflatable dinghies, kayaks, jet skis and other makeshift boats.

The migrants, who were intercepted by patrolling units in the Mediterranean, were brought back safely to various ports across Morocco after receiving necessary medical care.

As only nine miles separates Morocco from Spain, thousands of Sub-Saharan Africans continue to risk their lives in their attempt to cross the Mediterranean Sea to reach Europe.