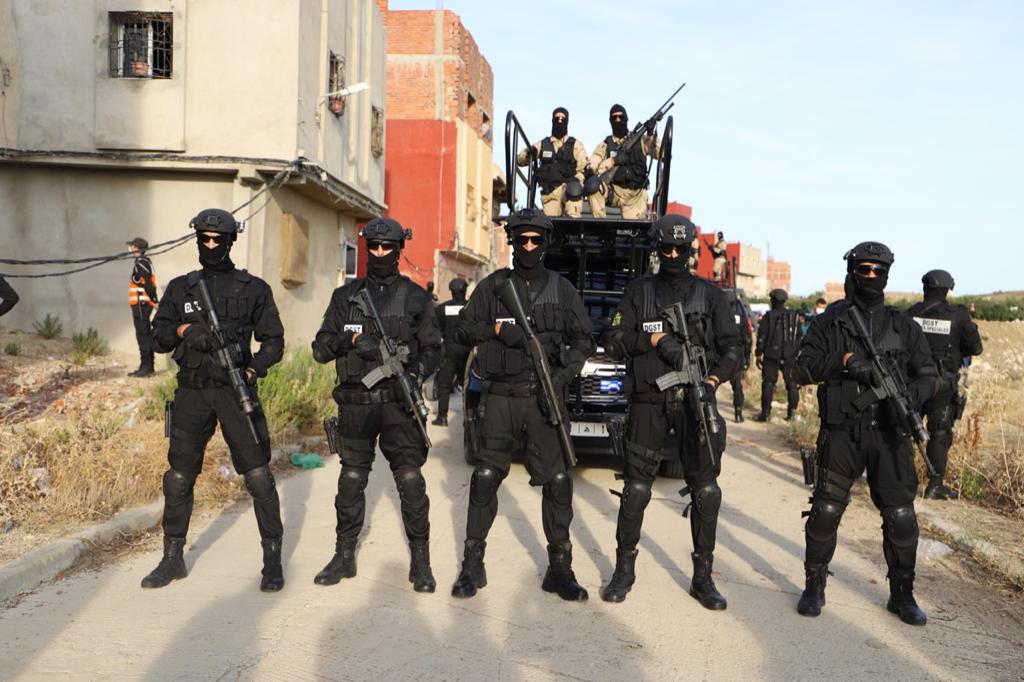 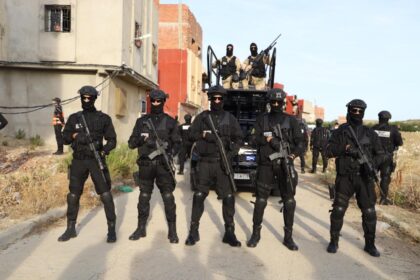 The Central Bureau of Judicial Investigations (BCIJ) dismantled, this Monday morning an ISIS-affiliated terrorist cell operating in the city of Tangier, part of Morocco’s continuous efforts to fight violent extremism and neutralize the terrorist threats, which threaten the security and the safety of citizens.

According to a statement from the BCIJ, members of the rapid intervention group, which began their intervention operations simultaneously in four sites in the “El Aouama” neighborhood in Tangier, were forced to fire warning shots as a precaution, making it possible to avoid the terrorist threat and to arrest the main suspect and three members of this cell, aged 23 to 26.

The search operation carried out by the BCIJ officers and crime scene experts in the sites of intervention enabled the seizure of knives, electronic equipment and other devices.

Preliminary information showed that the members of the terror cell hoped to join ISIS camps in the Sahel but were unable to do so.

Subsequently, the members of the cell were planning to engage in a “dangerous” terror project to undermine Morocco’s security and stability. Their project was inspired by ISIS operations carried out on the Syrian-Iraqi scene.

Search and investigations as well as security monitoring operations have revealed a video documenting an allegiance made by the head of this terrorist cell to the so-called current emir of ISIS, vowing to comply with orders and guidelines serving the agenda of this terrorist organization, the BCIJ statement said.

The site of the video recording of this “allegiance” was identified near the Beni Mekada neighborhood in Tangier, noted the BCIJ, underlining the existence on the premises of a mural painting similar to ISIS standard.

This operation confirms the ongoing terrorist threats, which threaten the security of the Kingdom and the stubbornness of the extremists imbued with the “takfirist” ideology, affiliated with ISIS organization to carry out terrorist operations aimed at seriously undermining the security of people and public order.

The BCIJ arrested the members of the terror cell as part of its efforts to combat the scourge of terrorism in Morocco and the region.

The operation comes less than a month after the BCIJ launched multiple counter-terrorism operations in several cities to arrest members of a cell who were active in Tangier, Rabat’s Temara and Skhirat provinces, and Tifelet, a city 67 kilometers from the Moroccan capital.