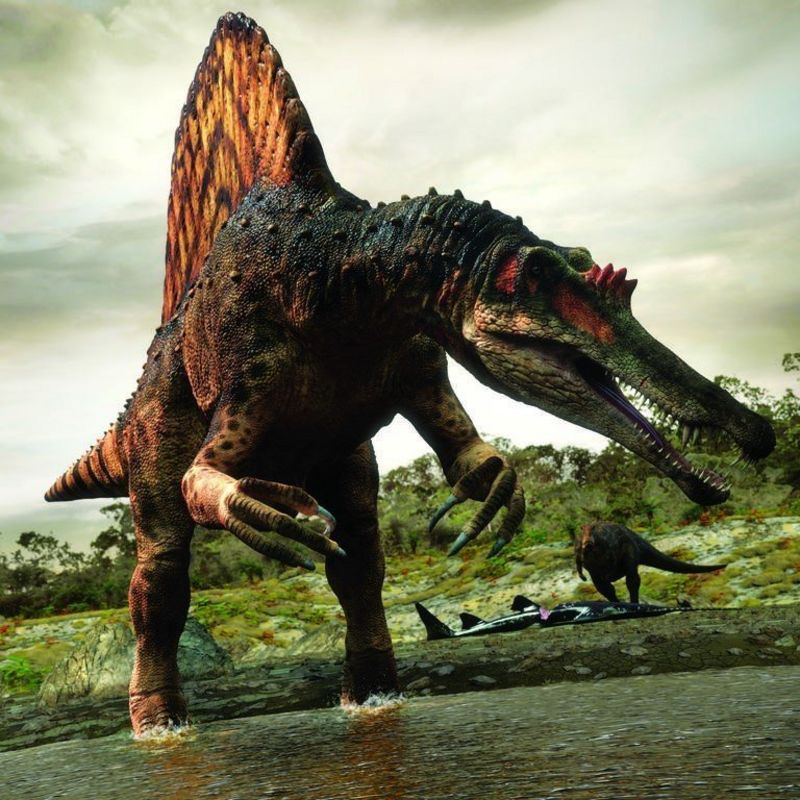 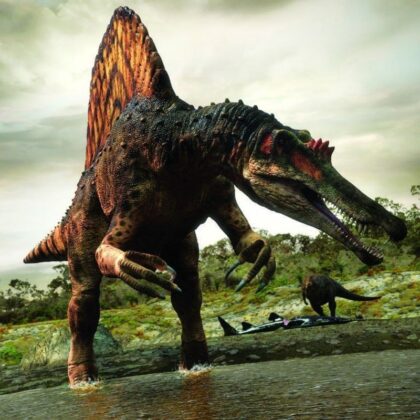 About 100 million years ago, Morocco’s Tafilalet region was home to a river monster, a 15-meter long water dinosaur, according to a study by a scientific team from Britain’s Portsmouth University.

“A discovery of more than a thousand dinosaur teeth, by a team of researchers from the University of Portsmouth, proves beyond reasonable doubt that Spinosaurus, the giant predator made famous by the movie Jurassic Park III as well as the BBC documentary Planet Dinosaur was an enormous river-monster,” said lead study author Thomas Beevor, from the UK’s University of Portsmouth in a statement.

These giant creature weighed seven-tons and had an elongated snout similar to a crocodile’s that bristled with sharp, conical teeth.

The research, published on the journal Cretaceous Research, showed that the region of Tafilalet was once home to massive rivers that could offer a home for such a giant dinosaur.

Until recently, it was believed that dinosaurs lived exclusively on land. However, research published earlier this year showed that Spinosaurus was well adapted to an aquatic lifestyle, due to its newly discovered tail.

This latest research of 1,200 teeth found in the same Tafilalet region further supports this theory, according to the lead researchers.