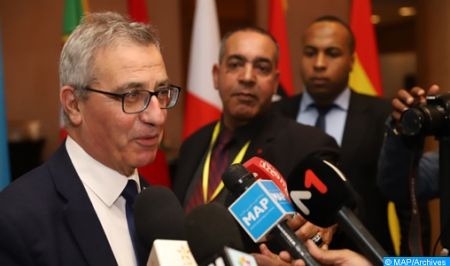 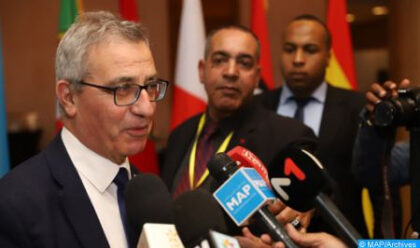 Maltese Foreign Affairs Minister Evarist Bartolo stressed Thursday in Madrid that the European Union can benefit greatly from the Spanish-Moroccan cooperation model in the management of migration flows.

The EU can learn from the experience of cooperation between Spain and Morocco, which created “channels for legal immigration and decent wages”, noted the Maltese official at a press briefing after his talks with his Spanish counterpart, Arancha Gonzalez Laya.

Bartolo called for extending European assistance to transit countries such as Morocco, and insisted that the reform of migration policy prepared by the EU should not only focus on the distribution of migrants arriving on European territory, but should also “tackle the root of the problem”.

It is necessary to conclude agreements with African countries to implement “fair trade that generates employment and wealth so that young people do not lose their lives in the Sahara or the Mediterranean,” he insisted.

During his meeting with his Spanish counterpart, Bartolo warned that the COVID-19 pandemic will worsen the situation in Africa, pushing up to 27 million people into extreme poverty and creating more migratory pressure towards Europe.

For her part, Spain’s top diplomat Gonzalez Laya called for European “solidarity” on migration, noting that as a much-used gateway to Europe, Spain wants the “whole of the EU to be concerned by a common answer to this question.”

She also stressed the importance of strengthening the existing channels of collaboration and adopting a “comprehensive strategy” to cut the numbers of irregular migrants entering Europe via Spain, emphasizing that it is a matter of common security.

The southern Mediterranean is of key importance to the stability of Spain and the EU, she argued.

Spain has repeatedly lauded its cooperation with Morocco on a wide-range of issues, mainly security and migration, as excellent.