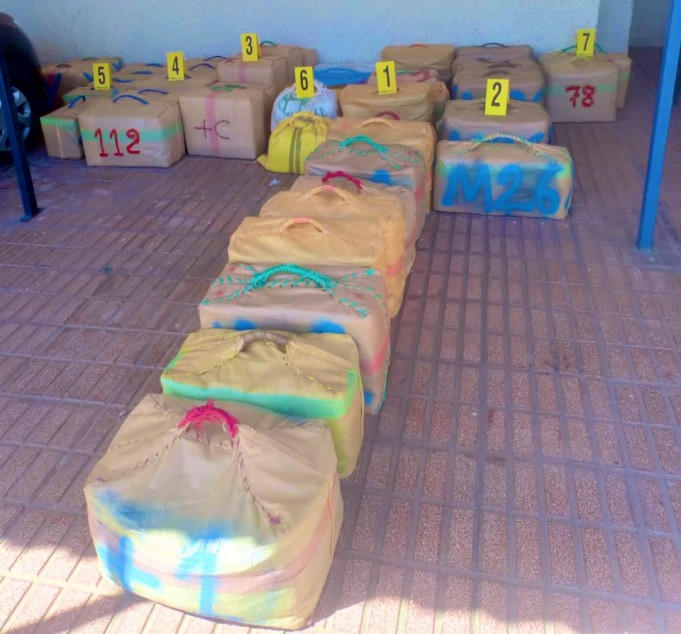 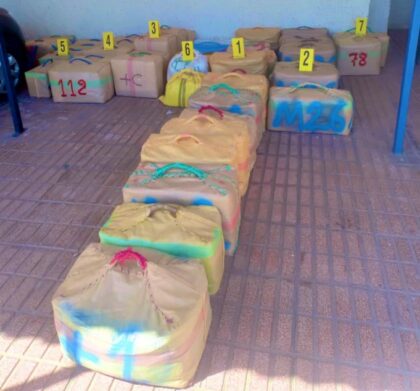 Moroccan authorities announced on Monday the seizure of nearly three tons of cannabis in two separate anti-drug operations carried out in the cities of Agadir (southern Atlantic coast) and Nador (North eastern region).

In Agadir, two people, aged 37 and 39, were arrested by the local security agents at a road checkpoint .They were on board a truck and a car. Search of their vehicles led to the seizure of one ton and 376 kg of cannabis.

A probe has been launched by investigators to shed light on the link between the two captured men and international criminal networks involved in drug and ecstasy trafficking.

In Nador, the security services seized the same day 1.486 ton of cannabis. The drug haul was discovered in a truck with fake number plates abandoned by its driver near an industrial zone.

Besides the illicit substance, the police found in the truck a GPS, an electronic device for wireless communication and a sum of money suspected to be the result of psychotropic drug trafficking.

Part of their tireless efforts to fight all kinds of crimes, the Moroccan Police on Monday arrested in the city of El Jadida, near Casablanca, three suspects for their alleged links with a criminal network active in the organization of irregular migration and human trafficking.

The suspects, aged between 26 and 36, were arrested while “trying to migrate people” irregularly, a statement from the General Directorate of National Security (DGSN) said.

Searches carried out within the framework of the case enabled police to arrest five would-be migrants.

Another operations against illegal migration took place in Tan-Tan, in southern Morocco, on August 11.

During the operation, security services arrested three suspects for their alleged involvement in coordinating irregular migration.

According to the DGSN 2019 annual report on crimes, operations against irregular migration resulted in the arrest of 27,317 would-be migrants, including 20,141 of foreign nationality.

Moroccans represented 26% of those arrested trying to migrate without documents last year.

North Africa Post's news desk is composed of journalists and editors, who are constantly working to provide new and accurate stories to NAP readers.
NEWER POSTFour Moroccan writers withdraw from UAE competition over pact with Israel
OLDER POSTTunisia: President speaks out against equality in inheritance