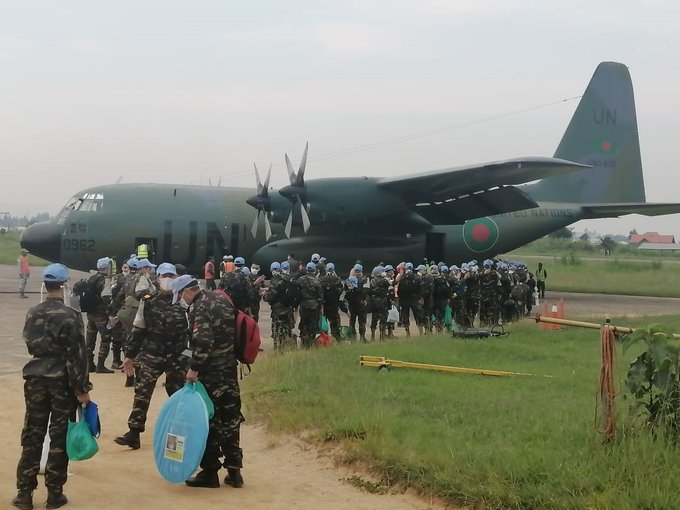 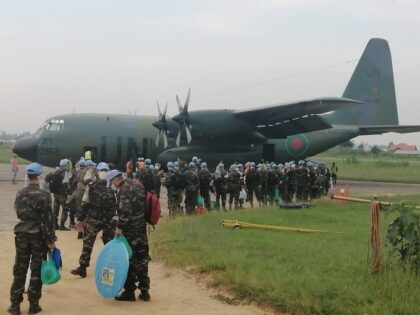 The United Nations peacekeeping mission in the Democratic Republic of the Congo (MONUSCO) announced on Wednesday that 60 Moroccan peacekeepers are finally on their way home from the DRC.

The peacekeepers left the city of Bunia, capital of the province of Ituri, to go further east to Goma in the province of North Kivu, on Wednesday in order to be repatriated to Morocco, after they spent six more months in Ituri following the suspension of flights due to coronavirus, MONUSCO said in a tweet.

The mission also posted a photo of the Moroccan peacekeepers next to a UN flight that will repatriate them home.

The spokesperson said that the North African country “has been an essential partner of the United Nations peacekeeping operations for many years.”

Birnback thanked Morocco’s peacekeepers for their commitment to preserving international peace and security, especially in Africa.

In June, MONUSCO honored the Moroccan peacekeepers in the DRC with a ceremony in Kananga.

“A battalion forming the Moroccan contingent deployed in DRC, under the command of Colonel Zakaria Sahili, was decorated by Lieutenant General Elias Rodriguez Martins Filho, Commander of the MONUSCO Forces,” the Moroccan embassy in DRC then said.

The Moroccan peacekeepers received the medals of merit in recognition of their “commendable services” in the UN mission in the DRC.