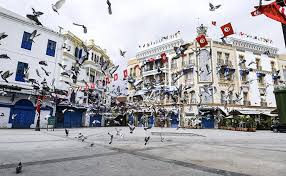 The Tunisian state might no longer be able to pay salaries to civil servants and supply electricity of its citizens, Rached Ghannouchi speaker of the parliament told his party members Wednesday, Webdo Tunis reports.

Speaking at a ceremony marking Eid al-Adha, Ghannouchi reportedly told members of the Islamist Ennahdha movement that the situation is caused by exclusion agendas carried out by certain people and the degradation of the labor value.

Ghannouchi is not the first state official to sound the alarm. Caretaker Prime Minister Elyes Fakhfakh repeatedly underlined the critical situation, citing the severe economic crisis and the government inability to pay salaries.

The economic crisis, according to the former Prime Minister, has been compounded by the coronavirus pandemic and chronic economic problems.

The Tunisian state in April projected a 4.3 percent economic recession owing to the pandemic. It is also expected that the tourism sector, the second biggest GDP contributor, will lose 400,000 jobs.