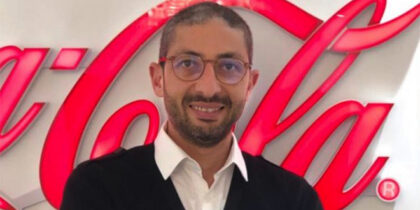 The American beverage giant Coca Cola has appointed Moroccan Mehdi Alami as the new General Manager of its kingdom-based franchise.

Alami has been in the company for more than 12 years and occupied several strategic positions, including Customer and Commecial Leadership Director Morocco & Mauritania.

The 41-year old man will, in his new role, have to pursue the company’s growth strategy and accelerate its expansion from a perspective that is both sustainable and civic.

The company in a statement said he is tasked of running the Coca-Cola System in Morocco with the support and assistance of his bottling partners, the objective being sustainable growth that involves the entire Coca-Cola ecosystem at local and international level.

Coca Cola Morocco also indicated that the appointment of Mehdi Alami reflects the company’s desire to promote its Moroccan talents in order to support the development of its activities in the kingdom.

The new appointee is graduate of the Higher Institute of Commerce and Business Administration (ISCAE) in marketing and business management.