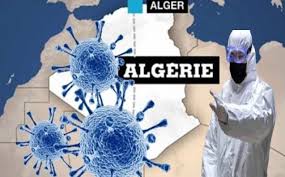 France Thursday announced that residents in Algeria are banned from entering the French territory as part of the prevention against covid-19 pandemic that is fast spreading in the North African country.

The European Union last week issued a list of non-European countries whose residents can enter the Schengen area as the 27-country bloc reopened its borders on July 1.

The shortlist, drawn on the basis of the epidemiologic situation in relation to the coronavirus disease, included Algeria.

The selected countries should have an infection toll equal or better than that of the European bloc, and 16 cases per 100,000 inhabitants over the past 14 days.

The French consulate in Algiers said in a statement that Algeria has been removed from the shortlist and therefore its residents are banned from entering the Schengen area.

The North African country is witnessing an increase in the number of infections.
Algeria has so far reported 17,808 cases, and 988 deaths.

The Algerian government Thursday banned traffic between the 29 most infected governorates in a bid to curb the spread of the respiratory disease. It also vetoed the resumption of all sports activities, which were suspended since March.