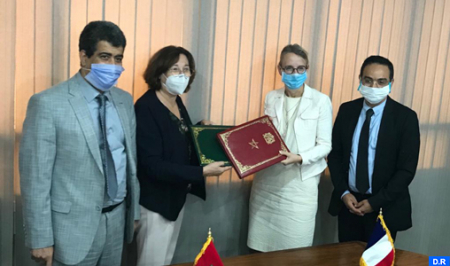 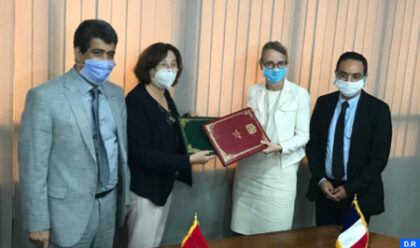 The loan agreement was signed Thursday in Rabat in the presence of French ambassador to Morocco, Helene Le Gal.

The two sides, which also signed a Technical Assistance Grant amounting to €800,000 (MAD 8.7 million), said in a joint press release that the agreement seeks to improve the competitiveness of the ports in a way that will boost their resilience to climate change effects and strengthen their urban integration.

Cooperation in the port and maritime fields will “strengthen the commercial networks between Morocco and France and their efforts to promote a blue and efficient economy that respects sustainable development,” the French ambassador was quoted as saying in the press release.

The ANP’s Director-General Nadia Laraki stated that “the 2018-2024 investment program will consolidate the development and modernization of the port fabric in order to stimulate the socio-economic impact of port spaces on their hinterlands.”

The ANP is planning an investment of nearly €600 million (MAD 6 billion) between 2018 and 2024 in large-scale infrastructure projects aimed at keeping up with changes in maritime transport and trade with international partners.

Elaborating further on ways to achieve the ambitious goal of the 2018-2024 program, the AFD’s director in Morocco, Mihoub Mezouaghi, stressed that the agency will work to ensure coastal infrastructure is resilient against the threat of rising sea levels.

Mezouaghi added that the agency will also operate on “the implementation of a carbon balance system to improve energy efficiency and preserve the biodiversity of the aquatic environment through the prevention of marine pollution.”

North Africa Post's news desk is composed of journalists and editors, who are constantly working to provide new and accurate stories to NAP readers.
NEWER POSTCOVID-19: First clinical trial of a vaccine underway in South Africa
OLDER POSTMorocco to freeze civil service hiring in 2021 except in health, education and security