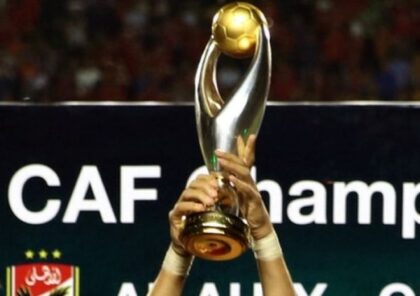 The Confederation of African Football (CAF) has decided to postpone the next Africa Cup of Nations (CAN) to January 2022 due to the impact of the coronavirus pandemic.

The 33rd CAN was initially scheduled to be held in Cameroon between June & July 2021, but in January 2020, the African football governing body decided to reschedule the tournament to the period between January & February 2021 due to the hot weather conditions.

In June 2020, CAF postponed the event for the third time to 2021 following the global health crisis and covid-19 worldwide lockdown.

During its meeting held Tuesday via video-conference to discuss the future of competitions and other related issues following the covid-19 pandemic, the CAF committee also decided to postpone to January 2021 the African Nations Championship, which was scheduled in Cameroon in April 2020.

“The CAF Executive Committee is satisfied with the Cameroonian authorities for their commitment of hosting the two competitions. Cameroon is ready to host either competition and are within schedule,” CAF President Ahmad Ahmad said.

The CAF Champions League and CAF Confederation Cup will resume in September with a Final Four (4) format. Semi-Final matches will be played in a single match and Morocco will host the Final Four games.

During the virtual meeting of its Executive Committee Tuesday, CAF also appointed Moroccan Abdelmounaim Bah to the post of secretary general of the confederation.

Bah, had been the commercial director for CAF since 2018, had been the acting secretary general of the confederation since Mouad Hajji, also Moroccan, resigned in March.

CAF appointed in May six other Moroccans to represent the standing committees of the confederation for the years 2020 and 2021.

The list includes Faouzi Lekjaa, who is the president of the Royal Federation of Football (FRMF), as CAF vice president, and Hamza El Hajoui, as a member of the Organizing Committee for the African Nations’ Championship Commission.

Meanwhile former footballer Mustapha Hadji has been appointed a member of the Organizing Committee for the under 17-year-old (U-17), under 20-year-old (U-20), and under 23-year-old (U-23) championships.

CAF appointed Abderrazak Hifti to represent Morocco on its medical committee. Tarik Sijilmassi was named to the position of president of the Audit Committee, and Mohammed El Mokhtari was appointed to serve as a member of the finance committee.