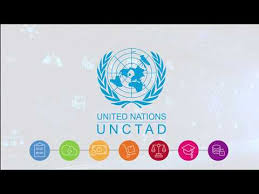 Secretary-general of the United Nations Conference on Trade and Development (UNCTAD), Mukhisa Kituyi, has commended Morocco’s contribution to the development of the African continent and the key role it plays in giving substance to South-South cooperation.

During a virtual meeting held Wednesday in Geneva with the Group of the Non-Aligned Movement members, Kituyi praised the role of Morocco as a key promoter of South-South cooperation and the Kingdom’s commitment to consolidating its cooperation relations at the continental level, through several initiatives.

In this connection, the UNCTAD Chief hailed Morocco’s leadership in terms of capital flows onto the continent as well as its outstanding contribution to the promotion of investments and growth in Africa.

During this meeting, which focused on the repercussions of the economic crisis triggered by the COVID-19 pandemic, Kituyi underscored the extremely negative impact of the crisis on the economies of developing countries. He said UNCTAD is making efforts, together with various multilateral partners, to mitigate the economic and social repercussions of this crisis.

Addressing the meeting, Morocco’s Permanent Representative to the United Nations Office in Geneva, Omar Zniber, stressed the importance of developing South-South cooperation so as to seize all the opportunities offered by developing countries.

The diplomat also underlined the relevance of the measures taken to face the crisis, recalling in this regard the various initiatives taken by King Mohammed VI, particularly the medical aid sent to several African countries.

During the meeting, discussions focused on various themes, including the relocation and reorganization of value chains, as well as the renegotiation of the debt of the countries of the south.

On the eve of the NAM group meeting, UNCTAD had released the World Investment Report 2020, which states that the coronavirus pandemic has caused a “steep drop” in investment flows and has hit developing countries the hardest.
The report finds that lockdown measures have slowed existing investment prospects and caused multinational enterprises to reassess new projects.

The World Investment Report 2020 titled, ‘International Production Beyond the Pandemic,’ projects that global foreign direct investment (FDI) will decrease up to 40 percent in 2020, bringing FDI below USD 1 trillion for the first time since 2005. FDI is expected to decrease 5-10 percent in 2021 and to begin to recover in 2022, led by global value chains, replenishment of capital stock, recovery of the global economy, and restructuring for resilience.

UNCTAD Secretary-General Mukhisa Kituyi said the outlook is “highly uncertain” and depends on “the duration of the health crisis and on the effectiveness of the policies mitigating the pandemic’s economic effects.”

He stressed that the transformation underway in international production will “impact developing countries over the coming decade” and requires a “major policy rethink.”