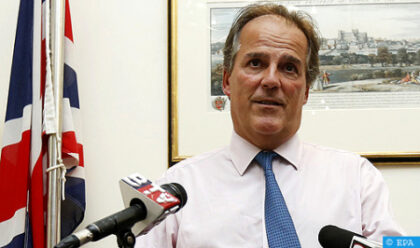 Two leading British politicians have reconfirmed the direct involvement of the Algerian regime in the continuing regional conflict over the Moroccan Sahara through its strong and steadfast backing to the polisario separatist movement.

Algeria created the polisario and continues to support it politically, financially and militarily, said members of the UK ruling conservative party, Mark Field and Derek Conway.

During a debate broadcast via videoconference on the Sahara, former Foreign Office minister Mark Field underlined Algeria’s responsibility for the appalling living conditions situation in the Polisario-controlled Tindouf camps.

The Sahrawis sequestered in these camps “deserve a much better future than the generations of uncertainty and economic depression” endured by their ancestors”, said the Tory MP.

For his part, Mr. Conway, an ex-member of Parliament and former Lord Commissioner of the Treasury, called on Algerian authorities to “step up to the plate.”

“Algeria must shoulder its responsibility and accept its international responsibilities” to put an end to the sufferings and predicament of the Sahrawis of the Tindouf camps, he said.

The two British politicians hold Algerian rulers accountable for the deteriorating humanitarian situation in the Tindouf camps as they gave authority to the Polisario over a part of their territory in blatant violation of international laws and conventions.

Touching on the efforts to reach a political settlement to the Sahara issue, Field and Conway commended the Geneva roundtable process as a “historic opportunity” to solve this regional dispute as it was able to bring together all the parties to conflict (Algeria, Morocco, Mauritania and the Polisario Front).

At the initiative of former personal envoy of the UN Secretary-General, Horst Kohler, two round-tables were held in Geneva on the Sahara in December 2018 and March 2019. Following the second roundtable, all the parties to the Sahara conflict agreed to attend a third roundtable.

In its resolution 2494, the Security Council welcomed the commitment of all parties to the round-table meetings in a spirit of realism and compromise.

For the two British politicians, the autonomy plan offered by Morocco for its Southern provinces is supported by the international community and is the only realistic solution to the Sahara issue.