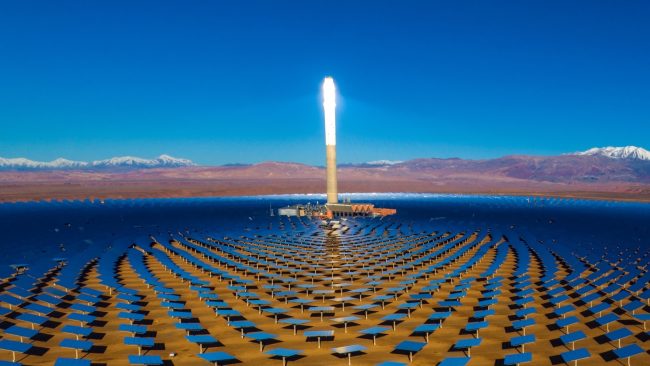 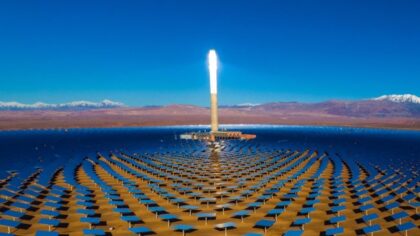 Morocco’s Noor Ouarzazate solar complex, one of the largest solar parks in the world, is playing a key role in Africa’s energy transition, the African Development Bank (AfDB) says in a report posted on its website.
Such projects, which aim to provide Africa with energy while preserving the environment, help lay the foundations for more inclusive and greener growth on the continent.

Morocco, which is making strides to address this challenge, aims to source 52% of its energy from renewables by 2030. The country opted for an energy transition centered on the development of renewable energies, with the objective of installing additional electricity production capacity totaling 6,000 megawatts from wind, hydraulic and solar sources, the pan-African financial institution points out.

By launching the “NOOR” solar program in 2009, Morocco has planned, for 2020, an additional capacity of at least 2,000 megawatts for the solar source alone, the AfDB notes.

The NOOR Ouarzazate solar complex, south-east of Marrakech, was the first project developed under this energy strategy. With a capacity of 580 megawatts spread over four plants, this complex is one of the largest solar parks in the world.

“Today, it can supply nearly two million Moroccans with electricity and prevent the release into the atmosphere of nearly one million tons of greenhouse gases per year,” the AfDB report adds.

Structured on the basis of a public-private partnership approach, the NOOR Ouarzazate solar complex project benefited from AfDB funding worth $485 million.

The country is widely recognized as a renewables leader not only in Africa, but worldwide. The 2019 Climate Change Performance Index (CCPI) ranked Morocco second globally and first in Africa and the MENA region. The evaluation considers the criteria of greenhouse gas (GHG) emissions, renewable energy, energy use, and climate policy.

According to June 2020 Climate Action Tracker statistics, Morocco and the Gambia are the only two countries in the world on track to curb emissions to the 1.5°C limit urged by the Paris Agreement and the UN’s Intergovernmental Panel on Climate Change (IPCC).