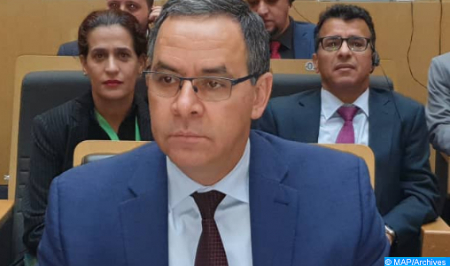 AU: Morocco calls for creation of platform of African experts to fight Epidemics 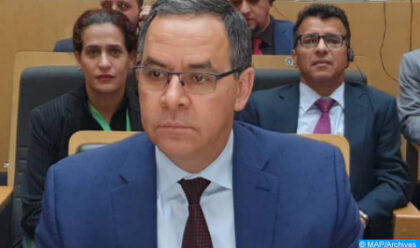 Morocco on Thursday called for the establishment of a platform of African experts on epidemics to consolidate the continent’s response to future health challenges.
The call was launched by Morocco’s permanent representative to the African Union and to the UNECA, Mohamed Arrouchi, during a meeting of the AU Committee of Permanent Representatives devoted to discussing the socio-economic and humanitarian impacts of COVID-19 in Africa.

The diplomat underlined the importance such a platform would pay in promoting the exchange of experiences and supporting governments in their respective action plans in the fight against diseases and the spread of epidemics, including COVID-19.

This proposal echoes King Mohammed VI’s call in April for a continental response to the COVID-19 pandemic.

During telephone conversations with the President of Senegal Macky Sall, and the President of Cote d’Ivoire Alassane Dramane Ouattara, the King proposed an “African Heads of State” initiative to establish an “operational framework” to aid countries throughout the continent in their various phases of managing the pandemic.

The royal initiative aims to share states’ experiences and develop best practices to address the health, economic, and social impacts of the pandemic.

During the AU Committee meeting, the Moroccan diplomat, on the other hand, insisted on the importance of focusing efforts on programs and activities to ensure sustainable food security, citing in this connection the Triple A Initiative that was proposed by King Mohammed VI during the African Summit of Action, held on the sidelines of the 2016 United Nations Climate Change Conference (COP22) in Marrakech.

The Triple A initiative aims to reduce the vulnerability of Africa and its agriculture to climate change by promoting the implementation of specific projects to improve soil management, agricultural water control, and climate risk management.

The Triple A Initiative to adapt the African agriculture to climate change and ensure sustainable food security was strongly supported by African Heads of State who called at their latest summit for mobilizing the necessary resources for its implementation throughout the continent.

Food shortages in 2019 forced Africa to import more than $49 billion in foodstuffs, Arrouchi said, underlining the continental need for a sustainable and sufficient agricultural revolution.

The Moroccan diplomat also emphasized the need to take action to reduce the humanitarian impact of COVID-19 on Africa’s most vulnerable groups, particularly women and children. He suggested in this connection the establishment of a database on refugees, displaced persons and migrants and avoid any exploitation of these vulnerable groups for political purposes.

The AU Commissioner for Economic Affairs, Vitor Harisson, strongly supported the Moroccan proposals and assured the initiatives will be incorporated into the Department of Economic Affairs’ monitoring report.