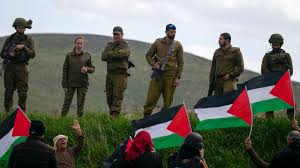 Morocco has expressed its rejection of all unilateral measures that could be taken by Israel in the occupied Palestinian territories, whether in the West Bank or in Eastern Al-Quds.

Addressing an emergency meeting of the OIC Executive Committee, held Wednesday, Foreign Minister Nasser Bourita said any Israeli annexation move would violate international law, undermine the two-State solution and all efforts to achieve a just and comprehensive peace in the region.

Morocco, under the leadership of King Mohammed VI, Chairman of the Al-Quds Committee, will remain an essential support for the just cause of the Palestinian people and their legitimate rights to achieve their aspirations for a free and dignified life, added the minister.

Israeli Prime Minister Benjamin Netanyahu has announced that he will annex parts of the West Bank, including the strategic Jordan Valley and dozens of Jewish settlements, in line with President Donald Trump’s Mideast plan. Media reports signaled that he will begin moving forward with annexation next month.

Nasser Bourita voiced Morocco’s deep concern over the dangerous impact of the implementation of such Israeli measures on the security and stability of the region, warning that any Israeli unilateral move would fuel tensions which will only serve the extremists who reject peace.

Morocco’s top diplomat renewed his country’s full attachment to peace as a strategic choice for the resolution of the Israeli-Palestinian conflict, affirming that Rabat is convinced that negotiation between the Palestinians and Israelis remains the only effective way to reach a fair and lasting solution to this conflict, guaranteeing the Palestinian people their legitimate rights to an independent state with eastern Al Quds as its capital.

Bourita also reiterated Morocco’s urgent call to intensify efforts in coordination with international peace-loving forces in the world to preserve the legitimate rights of the Palestinian people and counter Israeli practices that violate international legitimacy.

He stressed the need to spur a dynamic seeking to achieve peace, security, stability and harmony to all the peoples of the region.