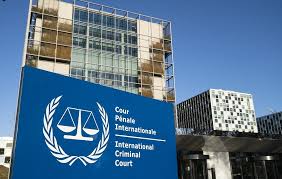 Janjaweed leader Mohamed Ali Addelraman, aKs Ali Kushayb, was transferred this Tuesday morning, from Bangui airport, in the Central African Republic, to the International Criminal Court in the Hague.

He has been wanted since 2007 in the ICC investigations of crimes against humanity and war crimes committed in the Darfur conflict back in 2003 and 2004.

The devastating Darfur conflict has left 300,000 dead and three million displaced people, according to the UN.

At the time, Omar el-Bachir faced a rebellion in the region. He then relied on the Janjaweed, of whom Ali Kushayb was one of the great leaders to counter the rebels.

Ali Kushayb was, according to the ICC, the intermediary between the leaders of the local Janjaweed militiamen and the Sudanese government.

The Janjaweed leader surrendered to justice over the weekend in the far northeastern town of Birao in the Central African Republic.

He had been sighted in Central African territory in February, but the information had never been officially confirmed.

He is prosecuted at the ICC for 22 counts of crimes against humanity and 28 counts of war crimes.