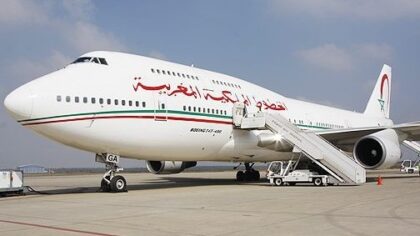 Morocco has started this Saturday the repatriation of some 300 Moroccans stranded in Algeria for over two months, following the outbreak of the coronavirus pandemic, local media reported.

A first plane of Moroccan carrier RAM took off from Houari Boumediene airport with 100 passengers on board, heading to Oujda. Two other flights, each carrying 100 passengers, are scheduled in the coming hours Saturday.

The repatriation operation for Moroccans stranded in Algeria has started off rather well and the check-in operation at Algiers airport was completed for the 300 passengers in the presence of representatives of the Moroccan embassy and consulate general in Algiers, local media reported.

The soon-to-be-repatriated Moroccans have been staying in hotels in the Algerian capital, with the Moroccan embassy covering accommodation expenses.

The three flights would be the first in a series of air liaisons to bring home Moroccans stuck in Algeria. While the first flights are only repatriating nationals stranded in Algiers, future flights are expected to bring back Moroccans staying in other districts, including Oran, in northwestern Algeria.

The repatriated Moroccan will be transferred to the Mediterranean sea resort of Saïdia where they will be quarantined for nine days in tourist complexes in the city.

In mid-May, the coastal town served as a place of quarantine for approximately 500 Moroccans repatriated from the nearby Spanish enclave of Melilla.

On March 16, Morocco suspended all international flights and maritime passenger connections, leaving hundreds of thousands of foreign tourists stranded in the country and according to the latest update from Morocco’s Ministry of Foreign Affairs, more than 31,000 Moroccans found themselves stuck in foreign countries.