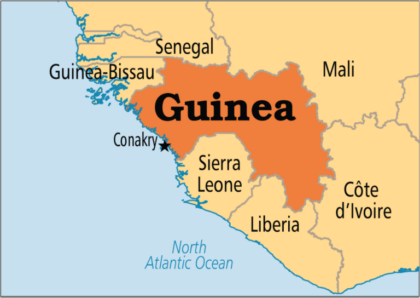 Guinean authorities have acknowledged that intercommunal violence following the disputed referendum in Nzérékoré on March 22 has resulted in the death of 30 people.

Basically, the authorities accuse the opposition of being behind the violence that led to the arrest of 57 people, including 44 who were placed under a committal order in Kankan.

Two months after the events in Nzérékoré, the Guinean authorities acknowledge for the first time a heavy human toll. In the wake of the legislative elections and the disputed referendum on the change of the Constitution, violence had broken out in this southern town close to the Liberian border.

According to the conclusions unveiled on Wednesday by the Kankan public prosecutor’s office, 30 people died and 67 were injured.

The justice system still believes that the origin of this violence must be attributed to the FNDC, the political and civil front opposed to the idea of a third term of office for president Alpha Conde.

The anti-Condé mobilization, severely repressed on several occasions, resulted in dozens of deaths, attributed by the opposition to the security forces.