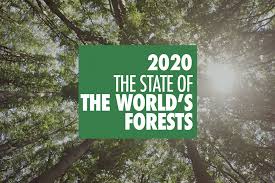 The UN Food & Agriculture Organization has praised the resilience of a watershed management project in Morocco, which illustrates how the reduction of disaster and climate risks faced by communities can reduce poverty while increasing biodiversity.

In its report “The State of the World’s Forests 2020”, FAO shed light on this pilot project carried out in the Haute Moulouya Basin, between High Atlas and Middle Atlas mountains. It was launched to address water erosion, flooding and land degradation owing to its fragile terrain, arid climate, pastoral activities of its rural communities and neighboring urban areas.

The project was implemented in two phases over nine years (2010–2019) and applied a landscape and risk perspective to integrated watershed management in the Basin.

For the site selection, a hazard and risk assessment was carried out to identify the locations with the highest risk. Risk-based co-management plans of two basins, covering approximately 160,000 hectares, were prepared, discussed and agreed upon at the provincial and community levels.

The project restored 480 hectares of forest and pastureland through fencing, rehabilitation and agroforestry. Restoration included fencing of forests of native Quercus rotundoflia, Atlas cedar and planting of Fraxinus dimorpha.

According to the FAO, the Moroccan project addressed poverty and malnutrition in the communities through launching several income-generation activities in addition to enhancing agrobiodiversity, supporting income diversification, rural youth employment and women’s empowerment.