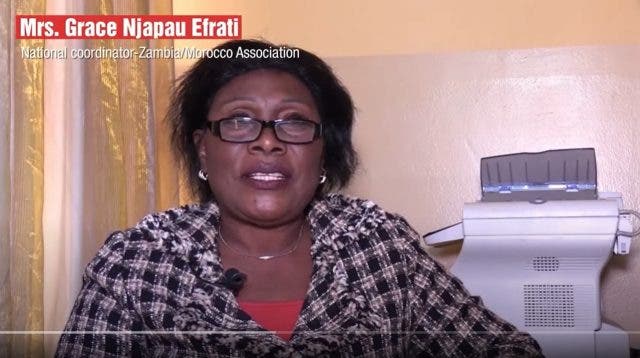 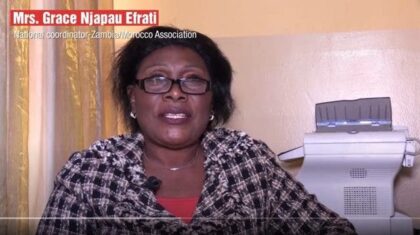 Zambia’s former Deputy Minister of Home Affairs and Member of Parliament, Mrs. Grace Njapau, has underlined the authentic spirit and rich content of the Morocco-proposed Autonomy Initiative, saying the extent of the initiative potential makes it the only solution to the regional dispute over the Sahara.

The Zambian MP, who was participating in a citizen-run show, “Sahara Debate”, broadcast on social media on the occasion of Africa world Day, demonstrated that the Autonomy Initiative is the only solution that meets the parameters set out by the Security Council in resolution 2494 for a realistic, pragmatic, and enduring compromise-based political solution.

Njapau, who also serves as the national coordinator of the Morocco-Zambia Friendship Group, called on all the parties to engage in the political process to achieve a political solution based on the Moroccan Autonomy Initiative.

The political process witnessed a new momentum thanks to the holding under the aegis of the UN Secretary General of two roundtable meetings in December 2018 and March 2019 with the participation of Morocco, Algeria, Mauritania, and the polisario.

Mrs. Grace Njapau underlined in her analysis of the future of continental integration that achieving a final solution to the issue of the Moroccan Sahara within the framework of the political process, led under the exclusive aegis of the United Nations, would strengthen African integration.

She invited African countries to put aside ideologies and dogmas inherited from the Cold War era and put their full weight behind the UN-led political process.

The African Union has affirmed in its Decision 693 the exclusivity of the UN framework to achieve a solution to the Sahara regional dispute and clearly limited the role of the pan-African organization to supporting the UN-led political process.

The Zambian MP has also highlighted Morocco’s contribution to African development thanks to the clear-sightedness, ambitious strategy, and pan-African vision of King Mohammed VI.

Mrs. Njapau, who stressed the major role played by Morocco in the decolonization of African countries, particularly through its direct support to African national liberation movements, said sixty years later, the Kingdom’s commitment to the Continent remains just as intense, recalling with emotion the King’s historic Speech at the 28th Summit of the African Union, marked by Morocco’s return to its institutional family.

This return to the African Union is naturally in line with the steady deepening of the relations between Morocco and the other African countries, she said, pointing out that the royal vision leads towards an African-led emergence through pragmatic, uninhibited policies.

She went on to say that Morocco returned to the African Union with extensive experience in the key domains of migration, sustainable development, combatting violent extremism, and climate change, which it shares without any form of ostentation. The appointment of King Mohammed VI as the AU’s Leader on Migrations, the choice of Morocco as the host of the African Observatory on Migrations, and the election of the Kingdom to the AU Peace and Security Council are as many acknowledgments of the leading role of Morocco in promoting the emergence of the Continent, she said.

Touching on the COVID-19 pandemic, the Zambian official said the coronavirus challenge offers an opportunity to rethink the relevance of the ideals of Pan-Africanism in today’s world.

Now is the time to contemplate the progress made since the meeting convened at the invitation of the late King Mohammed V of the founding fathers of Pan-African integration during the Casablanca Conference of 1961, which consecrated the creation of the Organization of African Unity, she pointed out, recalling that at the time Algeria had not yet created the polisario.

Mrs. Njapau also recalled that in the context of a pandemic that imposes on Africa to demonstrate resilience and give the best of itself, King Mohammed VI has launched an initiative intended to create an operational framework designed to work together with African countries to address the pandemic. It is a pragmatic, action-oriented initiative that will enable African countries to share their experience and best practices.

North Africa Post's news desk is composed of journalists and editors, who are constantly working to provide new and accurate stories to NAP readers.
NEWER POSTMorocco continues use of Chloroquine despite controversy
OLDER POSTLibya: US accuses Russia of backing Khalifa Haftar with warplanes