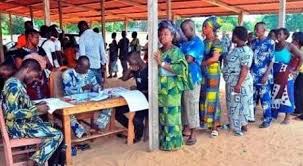 The provisional results of May 17 communal elections in Benin announced by the Electoral Commission in the early hours of Thursday show that the Progressive Union and the Republican Bloc, the two parties of the Head of State, Patrice Talon, took 77% of the 1,815 seats at stake, i.e. 1,555 seats.

In these communal elections, Adrien Houngbedji’s Party for Democratic Renewal, PRD, suffered its biggest setback since 1991. Zero councilors for the rainbow party with only 5% of the votes.

In response to the taunts, the party’s delegate for communication pointed out that “the rainbow fades, but never disappears”.