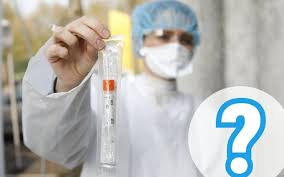 As the coronavirus pandemic continues spreading in Africa with over 45,500 confirmed cases and 1,820 fatalities, many questions are being raised on the quality of Covid 19 tests sent to the continent.

Speaking Sunday from his residence in Chato, in the north-west, the head of state said samples from goats and other animals tested positive. John Magufuli explained that these samples, labelled as human, had been sent by his services to a lab. These tests, he said, proved the existence of false positive results among the population.

He said he wanted an investigation on these kits, “imported from abroad”, without further details. “I have already said that we should not consider every aid package as being good for this nation,” the Tanzanian president said.

Magufuli also said that he was sending a plane to collect a cure being promoted by Madagascar’s president, though the herbal mix has not yet undergone internationally recognized scientific testing.

South Africa and Egypt are the two countries most affected by the COVID-19 in Africa. They are followed by Morocco, Algeria, Nigeria and Ghana.

In Guinea-Bissau, a fifth member of the cabinet, namely the Minister of Health Antiono Deuna, has been infected with the coronavirus according to local media.

Last Wednesday, Prime Minister Nuno Gomes Nabiam announced that he had been infected and, according to the Health Ministry, three other members of the government are infected, including Interior Minister Botche Cande. The country has officially registered 260 cases of Covid-19 and one death to date.