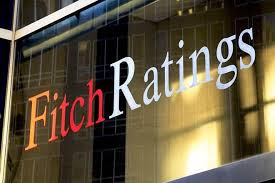 The global rating agency explained the negative outlook by the impact of the coronavirus pandemic on the Moroccan economy which will experience the sharpest GDP contraction in 25 years, besides a marked increase in Morocco’s external and fiscal deficits and debt ratios.

The magnitude of the shock will raise downside risks to the sovereign’s credit profile, despite a proactive policy response in line with the authorities’ long-standing commitment to prudent economic policies, underlined Fitch experts.

They said that a slump in exports, tourism and remittances will cause a doubling of the current account deficit (CAD) to 8.3 pc of GDP in 2020 from an already high level of 4.1 pc in 2019. Current account receipts will be affected by a 7 pc contraction of the eurozone economy, which accounted for 60 pc of Morocco’s exports, two-thirds of its remittance inflows, half of foreign direct investment (FDI) inflows and three-quarters of its tourist arrivals over the last five years.

According to Fitch, the collapse in international travel will hit Morocco’s tourism sector, which directly contributes an average of 6.6 pc of GDP in gross foreign earnings and nearly 10 pc of GDP. Disruptions to global value-chains and the woes of the air transport industry will also hurt the emerging automotive and aeronautics sectors, which account for the largest share of exports, at 40 pc in 2019.

The sharp fall in oil prices, a halt in import-intensive investment and an increase in foreign grants will provide some relief, limiting the deterioration in the current account balance, added the rating agency

The Moroccan government drew all USD 3 billion (3 pc of GDP) available under a Precautionary Liquidity Line (PLL) with the IMF in April, the first time Morocco has used the facility since it first concluded the PLL arrangement with the Fund in 2012.

“We expect the government to seek a successor precautionary arrangement with the IMF in the coming months and rollover its USD1 billion five-year Eurobond maturing in October”, underlined the analysts of Fitch.

According to their projections, the hit to tax revenues from the pandemic-related shock will cause the deficit to widen to 7.2 pc of GDP in 2020 from 4 pc in 2019. Lower revenues will be only partly offset by spending reallocation and cuts to primary non-wage current spending and investment outlays.

The Moroccan authorities expect a smaller net impact on the budget from the pandemic-related shock, at around 2 pc of GDP compared with their initial deficit target of 3.8 pc of GDP excluding privatization revenues.

Fitch recalls Morocco’s decision to enact a 3 pc of GDP economic relief plan, extending cash allowances to furloughed employees and supporting troubled companies through tax and debt service deferrals and loan guarantees. The bulk of the relief plan will be financed by grants, limiting the cost for the budget.

According to Fitch outlook, Morocco’s GDP will contract by 4.5 pc in 2020, ending 22 years of continued growth.

Meanwhile, a shortage of rainfall during most of the current farming season will take a toll on the cereal harvest, driving a contraction in agricultural GDP.

Morocco’s economic activity will bounce back as the world economy emerges from the pandemic shock, thanks to its diversified economy, ongoing development and industrialization plans, affirmed Fitch in its projections.