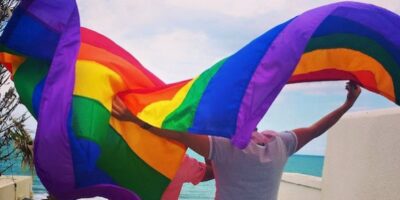 The recent announcement by an association militating for the decriminalization of homosexuality in Tunisia claiming that the North African country has validated a same sex marriage has triggered controversy.

According to Shams, a Tunisian LGBT rights association, a marriage settlement between a French and a Tunisian, signed in France, has been recognized in Tunisia, making the North African country the first Arab state to approve the marriage, illegal across the Arab world.

For Shams, this is an “achievement” that it has been militating for to consecrate the free will of the citizen, principle of equality and non-discrimination.

Although the formality does not mean that Tunisia has allowed same-sex marriage, it did not take long for Tunisian Internet users to denounce the news, some noting that even talking about it is a heresy. Several others have strongly condemned the media coverage, amidst insults and homophobic remarks.

The Tunisian state has not made any comments about the alleged approval.
Same sex marriage is illegal in Tunisia and homosexuals have been victims of harassment.

Shams’s leader, Mounir Baatour, a lawyer by professional fled the country in January and sought asylum in France after running for the 2019 presidential election. He had told Reuters, after fleeing, that police summoned him to inform him of very serious threats to his life.

North Africa Post's news desk is composed of journalists and editors, who are constantly working to provide new and accurate stories to NAP readers.
NEWER POSTCOVID-19: With 76 new recoveries, remissions exceed contaminations in Morocco
OLDER POSTMoroccans spend a Ramadan like no other