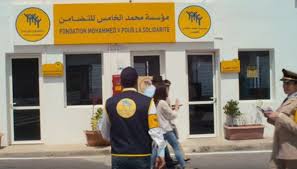 The assistance operation conducted every Ramadan to support needy families in Morocco was launched at the instruction of King Mohammed VI this Saturday, which marks the first day of Ramadan in the country.

King Mohammed VI gave his instructions for the launch of the Ramadan 1441 food distribution operation, for 600,000 needy families, including 459,504 in rural areas, said, this Saturday, the Mohammed V Foundation for Solidarity in a statement.

This year’s operation expands the number of beneficiaries to 3 million people compared to two million last year. The campaign especially targets widowed women, elderly people, and people with disabilities from poor and rural communities across the country.

The assistance distribution is conducted in compliance with the health measures in force to combat the spread of COVID-19, the foundation said, adding that in view of the unprecedented context, the foundation has increased the funds earmarked for the operation to 85 million dirhams.