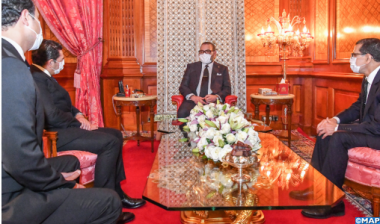 Saied Amzazi will act as spokesman for the government while keeping his portfolio as education minister.

Western educated EL Firdouas had served in the current government as Secretary of State to the Minister of Industry, Investment and trade until a reshuffle in October that slashed his portfolio.

Abyaba drew to him fierce criticism from the media for what was perceived as communication shortcomings.

He has never held a press conference to answer questions by the press since Morocco declared a confinement to contain the coronavirus outbreak limiting his communication role to reading an official statement following cabinet meetings.

Last October, Morocco announced a cabinet reshuffle cutting government jobs from 39 to 23 with the aim to ensure coherence and better efficiency after a call by King Mohammed VI in that regards.

The King has in multiple speeches urged political parties to renew their elites and open up to the youth and called the government to make sure much needed reforms for Morocco’s economy and development process are implemented.