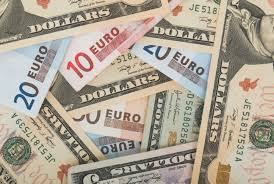 The Moroccan government lifted the threshold on foreign debt as it braces for dwindling foreign exchange reserves due to the impact of coronavirus on the flow of hard currency to the country.

The move aims at addressing the needs in terms of foreign exchange reserves as the coronavirus repercussions are expected to hit tourism revenues, foreign investments and exports and remittances of Moroccans abroad, the government said in a statement. The 2020 appropriation bill limits foreign debt at 31 billion dirhams.

The government also said that priority will be given to spending on health services and on mitigating the social and economic consequences of the measures to contain the virus.

The government also vowed to speed up paying bills due to SMEs in order to help maintain jobs and maintain spending on social services.

Morocco has put in place a plan to pay households whose main provider works in the informal sector and had to stop activity due to coronavirus with stipends of up to 1200 dirhams.

Workers of the private sector affiliated to pension fund CNSS will receive 1000 in March and 2000 in the next three months.

Earlier, the government ordered the first measure to rationalize spending by putting off promotions of employees and hiring new staff in the public administration except in health and security areas.

Morocco has imposed a nationwide quarantine and banned travel between cities. Only critical businesses such as shops and supermarkets selling foodstuff, pharmacies and banks and other essential businesses were allowed to operate.

Morocco has set up a special national response committee to the coronavirus as well as an economic committee to meet the challenges relating to the pandemic.

The King ordered the creation of a special fund to offset the economic and social impact of the virus and upgrade health service. So far, generous donations from the Moroccan public and private sector flowed to the fund, which now garnered more than $3 billion.