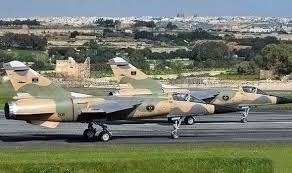 Mohammed Gununu, spokesman for the GNA army, said the aircraft, an Antonov coming from the UAE, was shelled after touchdown in a Tarhouna airstrip, 65km south of capital Tripoli.

This GNA forces operation is the third in less than one week. Last week, they destroyed three tanks loaded with fuel and three trucks shipping ammunition to Haftar who has been trying for a year to unseat the GNA.

The push to capture Tripoli has met staunch resistance from the GNA forces who have managed to contain the aggressors on the outskirts of the Libyan capital.

UAE, Russia, Egypt, Jordan, Saudi Arabia and France have thrown their support behind the east-based General while Turkey, Qatar and Italy have taken position behind the GNA, which only controls a small portion of the oil-rich country.