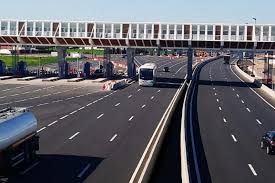 The lockdown decided on March 20 by the Moroccan government to prevent the spread of the coronvirus pandemic has led to a sharp fall in Morocco’s motorway traffic.

Travel by car on the country’s highways has dropped by 78 pc in one week (March 25-30) and plummeted by 90 pc during the weekend compared with the traffic recorded during the same period last year.

According to the Moroccan motorway company, traffic on the Casablanca-Rabat motorway, which carries daily an average of 60,000 vehicles of all types, has plunged by 85 pc since the start of the public health emergency to last till April 20.

Trucks’ traffic also decreased by 43 pc during the same week and dropped by 64 pc during the weekend of March 28-29 as Moroccan authorities have banned travel between cities. Only critical businesses such as shops and supermarkets selling foodstuff, pharmacies and banks and other essential agencies are allowed to operate.

Newer PostAlgeria: Former head of national security sentenced to 15 years in prison
Older PostCoronavirus: Morocco’s Cohesion and Solidarity Is a ‘Lesson to Us All’ (British Newspaper)