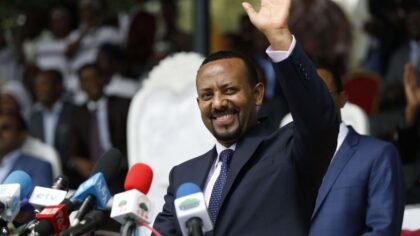 Ethiopia has postponed its parliamentary elections scheduled for August due to the coronavirus outbreak, the electoral commission said on Tuesday.

“Due to the pandemic we were forced to suspend our activities,” said an Amharic-language statement from the National Electoral Commission.

Ethiopia has as of April 1, confirmed 29 coronavirus cases. Infections have so far been recorded in the capital Addis Ababa, and in the Oromia and Amhara regional states.

The federal government led by Prime Minister Abiy Ahmed closed all land borders even as the national carrier continues very scaled down operations of passenger flights concentrating more on freight. Aside shutting land borders, a series of enforcement measures were announced relating to regulations on large gatherings and social distancing. Transport has also been banned in most parts of the country.

Prime Minister Abiy, who won the Nobel Peace Prize last year, believes the election will give him a mandate for wide-ranging political and economic reforms.

He was appointed prime minister in 2018 after several years of anti-government protests.

He rose through the ranks of the Ethiopian People’s Revolutionary Democratic Front (EPRDF) ruling coalition, which dominated parliament and allowed only one competitive election after it took power in the early 1990s, which was in 2005.

Abiy has promised to hold free and fair elections and has been positioning himself as a unity candidate whose reforms could replace repression as the glue holding Ethiopia’s often fractious federal regions together.