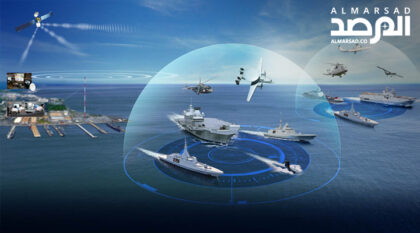 The European Union launched Tuesday a new naval mission on the Mediterranean tasked to enforce the UN arm embargo imposed on Libya and violated by several counties, which have taken advantage of the chaos in the oil-rich African country.

The mission, branded IRINI, is to begin its operations as of this April 1 and will last for one year. It will use aerial, satellite and maritime assets, the European Council said in a statement.

“In particular the mission will be able to carry out inspections of vessels on the high seas off the coast of Libya suspected to be carrying arms or related material to and from Libya,” the statement added.

The council also indicated that IRINI will gather information on illegal fuel and oil smuggling from Libya and help build up the Libyan coast guard, including by training its personnel.

The mission will also contribute to the disruption of the business model of human smuggling and trafficking networks through information gathering and patrolling by planes.

“Only political solutions and the full respect of the UN arms embargo will bring a solution to the Libyan crisis. But diplomacy cannot succeed unless it is backed by action. This operation will be essential and a clear contribution to promoting peace in our immediate neighborhood through a permanent ceasefire,” EU foreign policy chief Josep Borrell told reporters as he unveiled the new mission.

The European Union is stepping up its efforts to enforce the UN arms embargo on Libya, thereby contributing to the peace process in the country, through the launch of a new CSDP (Common Security and Defense Policy) military operation in the Mediterranean, he said.

IRINI replaces Operation Sophia initiated to stem illegal migration by thousands of people who use the crisis-hit African country as a departure point to reach Europe’s southern coasts, mainly Italy.

IRINI will be led by Rear Admiral Fabio Agostini as EU Operation Commander, and its headquarters will be located in Rome, Italy.

On January 19, at the Berlin Conference on Libya, participating countries pledged to respect the UN arm embargo on Libya.

The North African country, in disarray since 2011, following the collapse of Muammar Gaddafi’s regime in a NATO-backed revolution, has been playground for several countries, backing or controlling rival factions.

Turkey, Qatar and Italy are backing the Government of National Accord (GNA) ruling from capital Tripoli, while UAE, Egypt, Saudi Arabia, Russia and France have been backing rival administration and its military leader Khalifa Haftar located in the east.