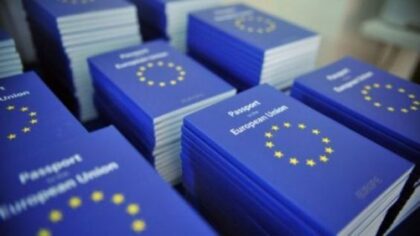 Moroccan nationals continue to dominate for the 7th consecutive year the list of the recipients of the European Union citizenship, according to figures on naturalization in the European Union for 2018, released on Monday by the EU statistics agency Eurostat.

Algerians come in the 6th place and the majority of their naturalizations (80.9%) have been recorded in France. Out of the 18,387 naturalized Algerians, 7.9% obtained Spanish citizenship, 4.3% Italian citizenship and 3.1% obtained Belgian citizenship.

According to Eurostat, while they were 700,561 in 2017, 672,270 people obtained citizenship of one of the member states of the European Union in 2018. Spain is now the top European country granting citizenship. The Iberian kingdom is followed by Italy, France and Belgium.

The EU is an important partner for Morocco given its geographical proximity and the scale of its economic and human ties with the European bloc.

The EU continues to be Morocco’s most important economic partner by a large margin, representing over 60 pc of its trade and its exports. EU countries also accounted for at least 70 per cent of FDI into Morocco in 2018.

Furthermore, the Moroccan diaspora in the EU represents an important human tie as well as an important source of remittances, which globally represent 6.2 per cent of Moroccan GDP, with the majority coming from the EU.