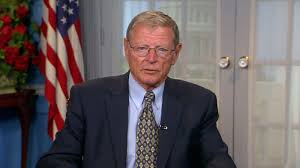 US Senator James Inhofe and three other members of Congress are mired in an insider trading scandal, which may force them to resign, and even make them face accusation of treason on the background of the coronavirus crisis.

James Inhofe, the Republican Senator of Oklahoma and chairman of the Senate Armed Services Committee, Richard Burr, chairman of the intelligence committee, Kelly Loeffler and Dianne Feinstein, leading member of the judiciary committee, sold millions of dollars in shares at a time when the White House was still minimizing the danger of the pandemic.

The four senators face increasingly insistent calls for resignation and attacks from political opponents for their involvement in what is described as an insider trading scandal. Actually, as members of Congress privy to confidential information, they sold stocks almost at the same time, before the stock market collapsed.

Watchdog groups have called for Securities and Exchange Commission investigations into the stocks sales. The Citizens for Responsibility and Ethics in Washington (Crew) association appealed to the Senate ethics committee to establish “in these difficult times, any indication that a senator may have abused his function to avoid personal loss is a cause for deep concern.”

“People are losing their jobs, their businesses, their savings and even their lives and the thought of a Senator profiting off of the crisis is sickening,” a Senator commented in a statement. “As public servants we are supposed to put the people we represent above ourselves.”

Fox News said that “there is no greater crime than betraying your country in times of crisis”.