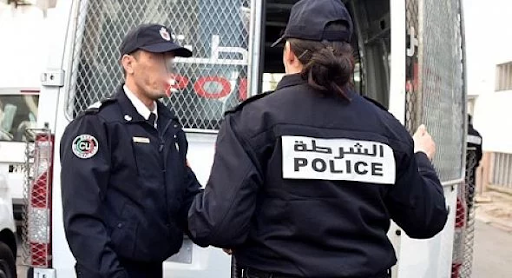 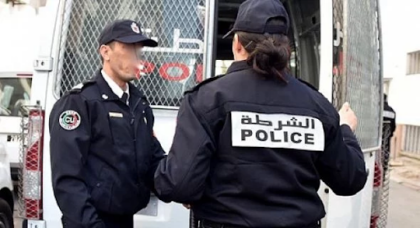 Security services arrested Monday evening in the city of Salé 113 adults and nine minors who had refused to comply with the health emergency measures recommended by public authorities to stop the spread of the novel coronavirus (Covid-19).

They were arrested on the public road without having the required exceptional movement permits, National Police (DGSN) said in a statement.

Several of these individuals were arrested late at night without having legal justification, despite the awareness-raising campaigns undertaken by public authorities to reinforce precautionary measures against the spread of the pandemic.

The adults were placed in custody, while the minors were placed under control, said the DGSN, affirming that the isolations measures were respected during the transfer as well as during the investigation, conducted under the supervision of the competent public prosecutor’s office.

In Fez, police arrested Monday five individuals suspected of having incited citizens, last Saturday, to public assembly in the old Medina and in the districts of Ain Kadous and Bensouda in violation of the state of health emergency.

The five individuals, aged 26 to 49, were arrested for having deliberately disobeyed and refused to comply with the preventive measures taken part of the health emergency, and for a behavior putting at stake the security and safety of citizens.

One of the individuals had been convicted under the anti-terrorism law and another had a criminal record (violence, harm to persons and goods), said the DGSN.

Search continues to arrest anyone involved in these acts, which are harmful to the health security of all citizens.

On Sunday, the police had arrested two young people in Tetouan for having instigated dozens of Moroccans to breach the quarantine.

Saturday, many small marches in the cities of Tangier, Fez, Aroui, Tetouan and Salé were held in total disregard for the protective measures to avert the coronavirus outbreak.

Many lawyers and ordinary citizens called for the arrest of those who encouraged young people, including children, to mass in streets in total disregard for the precautionary measures taken across the country to prevent the spread of the virus.

A group of lawyers said the call for disobeying the lockdown amounts to terrorist crime that saps public order and undermines public health.

Theologians also condemned the disobedience as contrary to religious precepts that call for the need to preserve the health and life of the human being.

Moroccans on social media largely condemned the marches as irrational and conducive for the spread of the virus.

The decrees giving authorities a green light to enforce the lockdown and all the related measures submitted by the Government was adopted unanimously Monday by the two chambers of the Parliament and published this Tuesday in the Official Gazette.

The texts lay the legal framework for public authorities to take all appropriate and necessary measures and to declare a health emergency in any region, prefecture, province or commune, or throughout the whole national territory if necessary, whenever the security of people is threatened by an epidemic or contagious disease and whenever the situation requires urgent measures to protect them from these diseases and curb their spread.

The texts also set imprisonment terms ranging from one month to three months for any person violating the quarantine measures and fines between 300 and 1,300 Dirhams.

The lockdown in Morocco came after a series of measures including closing all schools, mosques and public gathering venues.