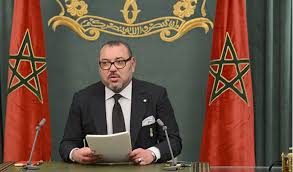 A series of decisive measures, some at the instruction of King Mohammed VI, were taken lately to limit the spread of the Coronavirus and mitigate its economic impact of the pandemic.

As an illustration of his resolve to tackle this health crisis, King Mohammed VI on Sunday gave his instructions to the government to immediately create a special fund dedicated to the management of the pandemic.

The $1 billion fund will be financed by the state budget. However, the Monarch gave his instructions to the Hassan II Fund to back up the fund with more than $104 million.

In a spirit of solidarity, several entities and physical persons have already expressed their readiness to contribute to the fund, which will make it possible to mobilize significant additional financial resources.

The Fund will support the expenses incurred for upgrading medical equipment and infrastructure, and purchasing emergency devices to enable the medical staff treat infected people in good conditions.

The fund will also help national economy to cope with the shocks induced by this pandemic and mitigate, in particular, the social impacts, through measures to be proposed by the Economic Monitoring Committee set up last week to assess the effects of the pandemic.

Likewise, King Mohammed VI, Commander of the Faithful, sent a request for fatwa to the Superior Council of Ulemas, and the scientific authority responsible for fatwas recommended the temporary closure of the mosques for the five daily prayers as of Monday March 6. The measure also concerns the Friday midday payers that attract hundreds of worshippers.

The Monarch had also decided to repatriate the Moroccan students from China, where the first coronavirus cases were recorded, a royal solicitude that was highly commended by the students and their families.

Morocco took several other drastic measures to limit the spread of the virus. Thus, besides the suspension of all international air and maritime passenger traffic and cancellation of trade, cultural, sporting, artistic events and religious festivals, both Islamic and Jewish, Morocco has closed schools and universities and launched a Remote Learning Program that began this Monday March 16 on Television and via Internet.

The authorities have also made every effort in terms of organization and logistics to allow the repatriation of Moroccan tourists stranded abroad.
Measures were also taken to safeguard commuters using buses, trams and cabs, through regular disinfection of vehicles and equipment and limitation of number of passengers in cabs, Buses and trams.

Besides transportation means, city cleaners have also started disinfecting public spaces across the country, including markets, and public administrations.

Several administrations and enterprises have allowed their staff to work from their homes to prevent the spread of the virus.

Abroad, most Moroccan embassies have set up monitoring and support units for the Moroccan community and opened hotlines for anyone needing assistance.