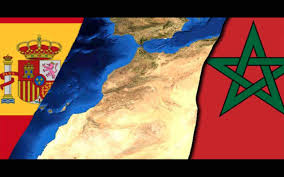 Morocco has suspended all flights from and to Spain as well as maritime passenger  connections between the two countries as the novel coronavirus (COVID-19) pandemic continues to spread.

Moroccan authorities also decided to suspend flights to and from Algeria until further notice, as a preventive measure against the spread of the coronavirus pandemic.

Morocco has decided, in consultation with the Spanish authorities to suspend, until further notice, air flights and maritime passenger traffic, from and to Spain, states an official press release relayed Thursday by MAP news agency.

King Mohammed VI and King Felipe VI agreed on the matter, following exchanges that took place between the Heads of Government and the Ministers of the Interior and Foreign Affairs of the two countries, the press release added.

The measures come as the coronavirus continues to spread in Europe, where Spain is one of the most affected countries along with Italy, France and Germany.

Spain has recorded 3,059 cases and the number of deaths has almost doubled to reach 86, according to worldometers.info website.

Announcing the suspension of flights between Morocco and Algeria, Moroccan authorities said that as part of a concerted approach, they had  notified  the decision to the Algerian authorities.

A statement by the Algerian presidency said the suspension of flights was decided on Thursday evening in mutual agreement between the two countries’  governments.

Algeria recorded 24 cases and one death.

Morocco applied the same measure to Italy, the hardest-hit country in Europe and the second most badly affected country in the world after China with 15,113 confirmed cases of the virus and 1,016 deaths.

RAM initially suspended flights to the cities of Venice and Milan but later, on March 10, extended the suspension to the entire country. The same day, the merchant navy decided the suspension of maritime links between Morocco and Italy.

In a note addressed to the shipping companies, the directorate of the merchant marine underlined that the transport of passengers between Moroccan and Italian ports was temporarily suspended, as of March 10.

In Morocco, the Ministry of Health has confirmed six cases of COVID-19. All patients were infected by the virus abroad, including two Moroccans who came from Italy. One of them, an 89-year-old woman, who was suffering from chronic diseases, died last Tuesday in Casablanca. The other Moroccan, a 39-year old man, is continuing treatment in Casablanca.

The Moroccan Ministry of Health announced that more than 35,000 travelers at all land, maritime, and air crossing points have been medically checked between March 8 and March 11.