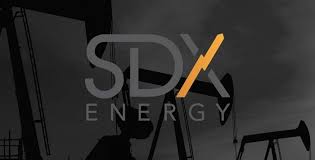 In a press release, the company announced that it drilled the BMK-1 well to a measured depth of 1,551 meters and encountered commercial quantities of gas.

The North Africa-focused firm said that with the recent discoveries in the region, it can confirm the “prospectivity in its existing core production and development area extends to the north.”

Commenting on the finding, CEO of SDX Mark Reid said that the BMK-1 result in Morocco is “excellent news.”

“Together with the OYF-2 discovery in January, we can now plan to develop a material and valuable new prospective area to the north of our existing infrastructure in a market where we are the only gas producer and where we receive gas prices of between $10-12 per MMcF (million cubic feet),” Reid announced.

SDX management estimates that BMK-1 encountered a total of approximately 25.49 million cubic meters of gas in the Upper and Lower Guebbas targets. The findings are in line with pre-drill estimates.

“However, due to down-hole issues, only the Upper target was wireline logged and will be completed,” the company said it the press release.

The company also estimates that the upper target has nearly 11.33 million cubic meters of recoverable gas “and that the gas in the Lower target will be recoverable during the development of the new play fairway de-risked by the OYF-2 and BMK-1 wells.”

SDX also announced its plans to move a rig to the Lalla Mimouna concession in northern Morocco to drill the potentially play-opening LMS-2 well.

With the drilling of the tenth well, the company said it will have fulfilled the campaign’s three objectives, namely adding reserves in and around its existing infrastructure; determining if its existing producing area extends to the north; and testing the prospectivity within the Lalla Mimouna concession.

SDX operates several drilling operations in northern Morocco. The company has 75% of shares in its projects, while Morocco owns 25%.

Newer PostWashington appoints a Special Envoy for the Sahel, a Première
Older PostBurkina Faso: At least 43 villagers killed in attacks in Yatenga province