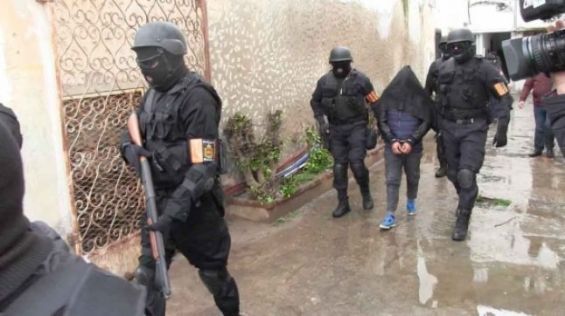 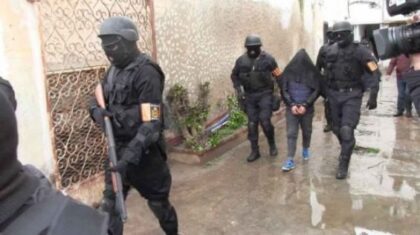 The Central Bureau for Judicial Investigations (BCIJ) dismantled, on Monday, a pro-ISIS terror cell, including four people aged between 23 and 51 who were operating in the city of Sidi Slimane, said the Interior Ministry in a statement.

The security operation led to the seizure of electronic devices, light weapons, a military fatigue, several manuscripts proving the suspects’ adherence to ISIS ideology. Investigators also seized a text of allegiance to the former self-proclaimed caliph, a picture representing the flag of the terror group and publications promoting violence and suicide operations, the statement added.

Initial investigations have revealed that the leader of this terrorist cell was arrested in 2014 for terror charges following the dismantling of another terrorist cell, which used to recruit fighters and send them to Syria and Iraq. He had recruited the members of the cell dismantled Monday and had planned to perpetrated terrorist acts with them.

This security operation shows once again that the terrorist threats are still looming on the Kingdom, and that supporters of extremist ideology are still plotting to undermine the country’s security and public order.