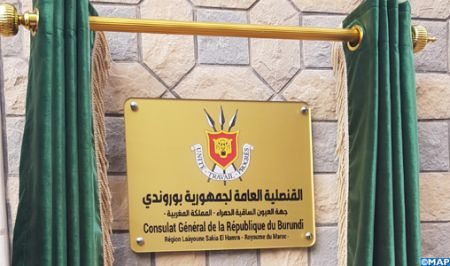 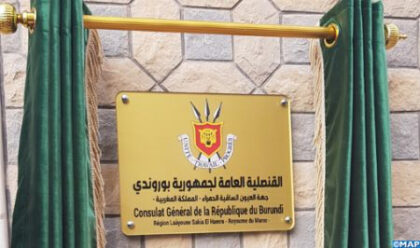 Burundi opened on Friday a Consulate General in the city of Laayoune, becoming the sixth diplomatic representation in the capital of Moroccan Sahara in less than three months, after Comoros Islands, Sao Tome & Principe, Gabon, Central Africa Republic, and Côte d’Ivoire.

The new diplomatic mission was inaugurated by Burundi’s foreign minister Ezechiel Nibigrira and his Moroccan peer Nasser Bourita in the presence of several African delegations, including those representing the countries, which already opened consulates in Laayoune.

These countries will be joined shortly by Burkina Faso, which announced lately its decision to open its own consulate general in Dakhla, to ensure “better protection of its interests and its nationals in the region of Dakhla-Oued Eddahab”, southern Morocco.

The opening of these consular representations in the southern provinces of the Kingdom is a clear recognition that the Sahara is Moroccan and deals a hard blow not only to the Polisario but also to Algeria, which continues to hatch plots against Morocco’s territorial integrity.

Actually, Bourita denounced during the inauguration of the Burundian consulate the hostile reaction of Algeria, which expresses its anger every time an African country opens a consulate in Southern Morocco, even recalled its ambassador to Abidjan for consultation after Côte d’Ivoire opened a Consulate in Laayoune.