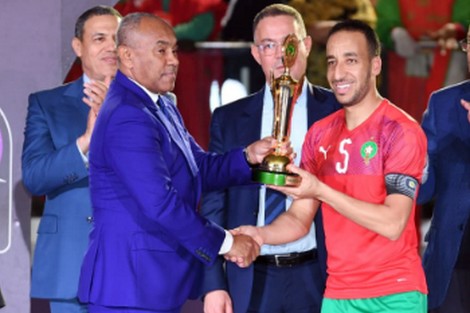 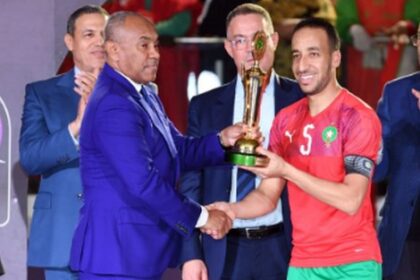 Morocco was crowned Friday Africa’s Champion in indoor football, winning the 2020 Futsal African Cup of Nations for the second time in a row.

They defeated Egypt’s Pharaohs in the final of the tournament 5-0 Friday evening in the Moroccan Sahara city of Laayoune. The Atlas Lions, holder of the AFCON 2016, will now focus on the futsal World Cup to be held in Lithuania next fall, where they will represent Africa along with Egypt and Angola, holders of the silver and bronze medals respectively.

The Moroccans were impressive in the final match as they were impressive throughout the tournament, easily topping their group and seeing off Angola 4-0 in their semi-final fixture. Supported by a stadium full of fans, they gave no chance to the Egyptians who were completely overwhelmed, contradicting predictions that the match between the two finalists would be very tough.

The tournament took place in a highly politicized context, with South Africa and Algeria challenging the Moroccan Sahara city of Laayoune as a venue of the sporting event.

However, the Confederation of African Football (CAF), the event’s organizers, and the world football governing body FIFA dismissed the complaints and the tournament proceeded as planned. Another confirmation of the Moroccanness of the Sahara.

Meanwhile, CAF imposed heavy sanctions on South Africa and Mauritius for boycotting the 2020 Futsal African Cup of Nations. The two teams were each fined 75,000 dollars and suspended for the next two editions of the African Futsal tournament.