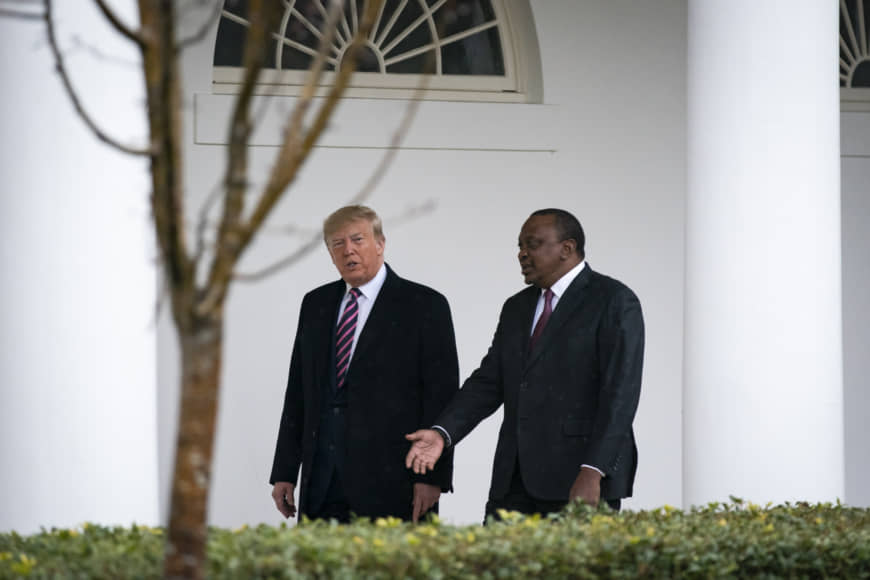 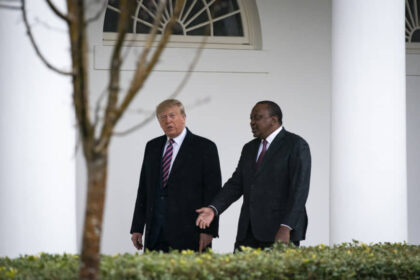 The United States and Kenya on Thursday agreed to launch negotiations that could lead to the first US bilateral trade deal with a sub-Saharan African country.

The announcement, made at a White House meeting between Trump and Kenyan President Uhuru Kenyatta, directs US Trade Representative Robert Lighthizer to issue a formal notification to Congress under the “fast-track” trade negotiating law.

“We believe this agreement with Kenya will complement Africa’s regional integration efforts,” Lighthizer said in a statement. “We believe a trade agreement between the United States and Kenya will receive broad bipartisan support in Congress.”

Uhuru is in the US together with ODM leader Raila Odinga for a series of meetings. On Wednesday, they had a presentation on their handshake at an international luncheon at the US National Prayer Breakfast.

Uhuru said the East African nation was keen to secure its economic future ahead of the expiry of the Africa Growth and Opportunity Act, which allows sub-Saharan African countries to export thousands of products to the United States without tariffs or quotas until 2025.

At the close of the last meeting in 2018, Uhuru bagged investments $238 million as two US companies agreed to invest the amount in Kenyan projects, mainly in energy and food security sectors.

Trump said the trade ties were getting “bigger” and some “excellent deals” for both countries were in the offing.