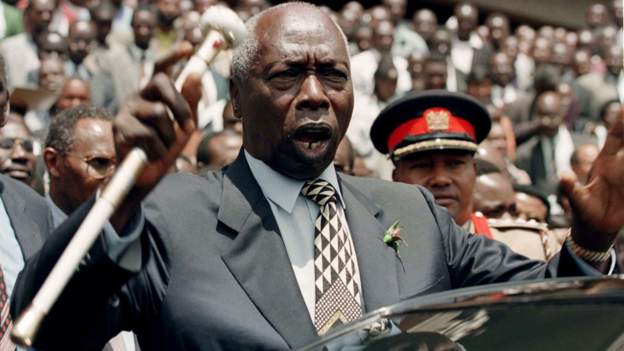 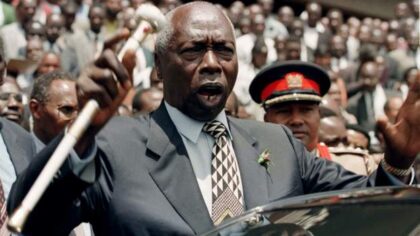 Former Kenyan president Daniel arap Moi, who ruled for more than 20 years, has died, the office of the president said on Tuesday.

“Our nation and our continent were immensely blessed by the dedication and service of the Late Mzee Moi; who spent almost his entire adult life serving Kenya and Africa,” President Uhuru Kenyatta said in a statement.

Moi, an autocratic leader, came to power in 1978, upon the death of President Jomo Kenyatta, under whom he was serving as vice-president.

“To his credit, President Moi gave in to the clamor for change and allowed the country to return to multi-party politics. He was constantly able to ease pressure in the country through incremental reforms,” Mr Odinga wrote.

Kenyans on Twitter have been sharing their memories about Moi’s presidency, one topic that many are talking about is the “free school milk program.”

The ministry of education used to distribute free packets of milk to all primary schools, targeting children under the age of 13. The program, which ran between the 1980s to the 1990s, was aimed at improving the health of school children.

His passing away marks the end of an era for one of the most influential independence leaders. Most of the top political leaders including President Uhuru Kenyatta and his deputy William Ruto are Moi’s protégés.

Moi leaves behind a dynamic country which has changed a lot since he left office in 2002 but one that will continue to be shaped by his influence for a long time.