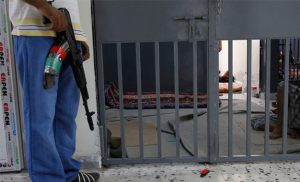 About 43 Tunisians are currently held in prisons in Libya over membership in terrorist organizations charges, the director general of consular affairs has said.

The foreign ministry official who was speaking Monday before the parliament over the government plan to protect Tunisian expats in Libya also indicated that the North African country is working to repatriate 36 children of Tunisian Islamic State fighters killed in the oil-rich country.

Tunisia last week repatriated six children whose parents died in fighting with ISIS. The kids were in Misrata since 2016 following the seizure of Sirte from ISIS.

There were 150 Tunisians in Libyan prisons in 2015. The North African country was then in a UN report rated the leading country in supply of foreign combatants for terror groups.

Around 5,000 were reportedly identified in Libya, Syria and Iraq.