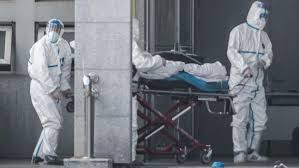 Although no case of Coronavirus has been reported in Morocco, sanitary monitoring at entry airports and ports has been activated as of this Saturday.

The move came after three coronavirus cases were confirmed in France.

“In view of the latest developments in the global epidemiological situation, marked by the confirmation of the new virus in other countries, especially in Europe, Morocco has established health control at international ports and airports, with a view to ensure early detection of any possible case and stop the spread of the virus, if necessary,” said the health department in a statement released this Saturday.

On Friday, the Ministry of Health reassured citizens that no cases were reported in the country and that the risk of the virus spread remains low.

In its Saturday statement, the Ministry of Health said “it continues to consider the risk of the virus spread nationwide as low, and confirms, once again, that no suspected or confirmed cases have been registered so far.”

It also reassures public opinion that the national system for epidemiological surveillance has been strengthened and that the virus diagnosis and care system for possible patients is operational.

The Moroccan Embassy in China has established a crisis cell to monitor the situation of Moroccan expatriates in the country and took precautionary measures by providing Moroccans with emergency phone numbers. In case of need, Moroccan nationals are called to contact the Embassy by sending e-mails to sifama.beiging@moroccoembassy.org.cn, including their passport number and their residential addresses, or call the following phone numbers: 8618701156920 or 8615652198381.

The virus, which first broke in China, has infected more than 1,287 people in the Asian country, while the death toll has risen to 41 as of Friday.

Besides the three cases in France, two additional cases have been identified in the US, according to the US Centers for Disease Control and Prevention. The French and US patients have all traveled to China.

Several cases have also been reported in many Asian countries, including Hong Kong, Macau, Taiwan, Singapore, South Korea, and Vietnam.