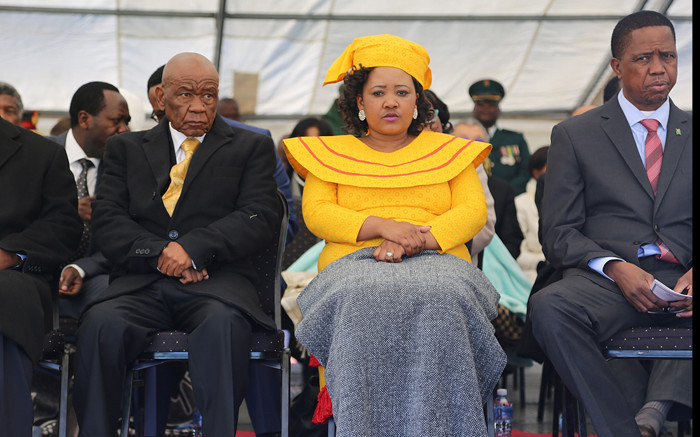 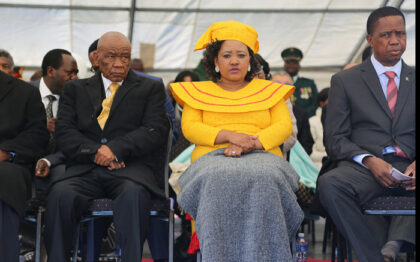 Police in Lesotho are looking for First Lady Maesaiah Thabane for questioning in connection with the killing of the Prime Minister’s former wife.

According to court documents seen by some media, the country’s police chief accuses the First Lady of involvement in the killing of Lipolelo Thabane.

The Prime Minister’s former wife, Lipolelo Thabane, was gunned on the outskirts of the capital, Masero, in June 2017, two days before his inauguration.

Mystery surrounds the First Lady’s whereabouts since Friday when a court issued a warrant for her arrest after she failed to appear for questioning.

Armed police who went to search for her at the official residence of Prime Minister Thomas Thabane on Friday did not find her there.

Police chief Holomo Molibeli has claimed in court papers that the Prime Minister was involved in the murder.

The accusations came after the prime minister suspended Holomo Molibeli whose investigations revealed that communication records from the day of the murder picked up Thabane’s mobile phone number.

Thabane, who is now 80, and wife had been embroiled in bitter divorce proceedings.
Last week, Lesotho´s ruling party described the country’s Prime Minister Thomas Thabane as a ‘threat to the nation’, and asked him to resign. The ruling party leads a coalition government in a country with a long history of political instability and coups.

The killing of Thabane’s former 58-year-old wife shocked the tiny poverty-stricken country, which is ringed by South Africa.