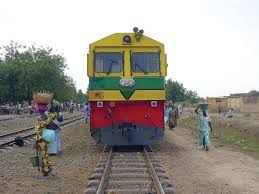 The railway between Mali and Senegal will soon be operational, Senegalese President Macky Sall has announced in his new year address to the nation earlier this week.

Mali has signed an agreement with China Railway Construction Corp to renovate a rail line linking its capital Bamako to the border with neighboring Senegal. The rail will cost nearly $2 billion.

The project is part of a plan to upgrade the ageing railway between Senegal’s coastal capital Dakar and landlocked Mali. China Railway Construction also penned a similar agreement worth $1.26 billion with Senegal.

According to President Macky Sall, the project is ‘urgent and essential’ for the emergence by 2035”.

The Dakar-Bamako line was conceived in the late 19th century in the heyday of France’s colonial era as a means to haul valuable commodities from the heart of its African possessions and link Mali—then called French Sudan—to the distant coast.

A quarter of a century went by as engineers and armies of colonial workers carved out the track from scorched terrain, before the line was inaugurated in 1924.

The railway line was once a source of pride for both Senegal and Mali. However, in May 2018 the money to maintain the route between the capitals ran out and the trains stopped running.