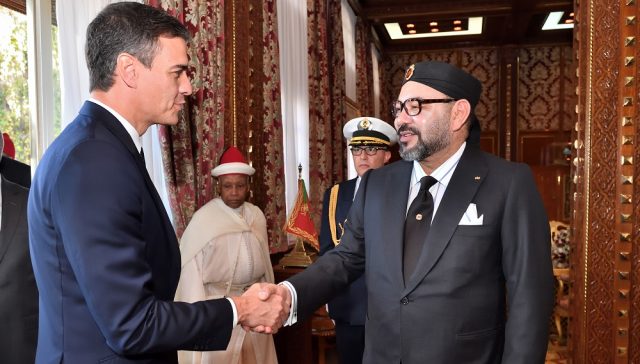 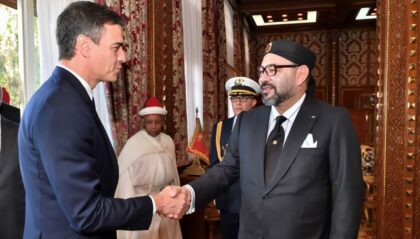 King Mohammed VI sent a message of congratulations to Spain’s caretaker socialist PM Pedro Sánchez for winning a confidence vote in parliament, enabling him to govern in coalition with far-left Podemos.

In his message, the Sovereign wished success to Mr.Sanchez in his mission to meet the Spanish people’s aspirations for more progress and prosperity.

King Mohammed VI reiterated his steadfast attachment to fostering consultation and coordination of the two countries’ stands on regional and international issues of common interest to serve the interests of the Moroccan and Spanish peoples, while contributing to the promotion of the spirit of cooperation and solidarity.

On Tuesday, January 7, Sanchez won the vote of confidence by a historic two-vote margin, breaking nearly a year of deadlock. The Socialist Party leader will now lead a coalition-based government thanks to support from seven parties and the abstention of the Catalan ERC party.

The socialists are currently the largest political party in Spain’s parliament. However, they fell short of an absolute majority in both of the recent elections, due to the right-wing party Vox gaining popularity. The far-right party is currently the third-largest party in the parliament.

The Spanish Prime Minister entertains a good relationship with Morocco. In an interview with Spanish media last year, Sanchez said that his country has strong and strategic ties with Morocco, calling the North African country a “special ally” for Spain.

North Africa Post's news desk is composed of journalists and editors, who are constantly working to provide new and accurate stories to NAP readers.
NEWER POSTScores killed in suspected Islamist terrorist attacks in Niger
OLDER POSTMorocco: An FTZ in Northern Town of Fnideq to Combat Smuggling?